Last evening I had a deeply moving, beautiful experience which fed and thrilled my soul. I attended “The Messiah” in the San Clemente stake center – an interfaith performance which was completely wonderful.  What a perfect way to add to this season of the year. If anyone reading this lives at all close to San Clemente, get over there this evening – they’re performing again at 7:00 pm.  This is such a fantastic way to focus on the real meaning of the season.  Thank you, Handel!!  He wrote all the music (and this is no “short” accomplishment… the whole “Messiah” takes a long time!) in about 3 weeks!! He obviously had Heavenly Help on that astonishing accomplishment.  You can’t listen or participate without feeling that!

Last night brought back a flood of memories to me.  In my growing-up years, our town put on “The Messiah” every Christmas.  There were almost as many people in the choir and orchestra as there were in the audience.  We put it on not just once, but for a few nights and maybe one afternoon. A wonderful man, Roy Halversen, who lived on First West just a little ways from our house asked us (the children in the ward) to find out if our parents had any stringed instruments.  He said he’d fix them up and teach us how to play.  Here was a man who had studied at Julliard and likely could have become very famous and very wealthy.  But he chose to live in our town, Cedar City (Utah), and influence hundreds and thousands of us as the many years went by.  He was joined by others, including “Pa” Manning, Blaine Johnson and others, who helped with the choirs and soloists and all. It was a blessing to live in a community where music and other good things were highly valued.

My Dad had a three-quarter size violin which he played as a little boy, and he and Mom bought a half-sized cello for my younger sister Charlotte (it looked like a guitar!), and Mr. Halversen began teaching us how to play.

We were around 9 and 7 at the time, and right away Mr. Halversen let us participate in “The Messiah.”  We were way at the back of the orchestra, and his kind instruction to us was:  “Don’t try to play all the notes.  Just enjoy the thrill of participating in “The Messiah!”  Oh YES! What a thrill!!

As the years went by and we learned to play a little better, we moved a few inches closer to the front of the orchestra.  At one point Charlotte and I were going to four orchestra practices a day – Junior High, High School, College, and Community.  We learned symphonies, participated in several operas and operettas, toured through the great communities in the area – Beaver, Delta, Kanab and so on.  We played for the dedications of schools and other buildings, played for graduations from BAC, high school, junior high, and lots of other events.  We even had a spot in our chapel for a small ensemble!  Imagine that!  And we formed a group from our ward members and played occasionally.  (That dear chapel of my childhood was recently “taken down,” and it was SO hard driving by that empty lot the first time. Don and Jacque Marchant were kind enough to get a brick for me and also a DVD which was made of this historical “Second Ward Chapel” … and yes I’m even very sentimental about buildings).

OK – back to orchestra and all.  Perhaps this wasn’t the Big Time.  We never performed for pay or made a recording or any such thing.  We didn’t have “uniforms” – just “Sunday Best.”  But for me, this was a life-changing experience – this introduction to beautiful music, and the joy of being part of sharing it with others.  It softened me in an important way and created a spiritual sensitivity that hadn’t been nurtured in quite that way before.  And the “Messiah” was one of the highlights of every year.

In December of 1954, Mr. Halversen brought 5 or 6 brand new violins to one of our practices, and he told me they were made by Dale Stevens in Salt Lake and were wonderful instruments.  He told me to choose one, and he’d let me play it in the Messiah that year.  This was about my 5th year to participate, and I can’t describe the thrill of “trying out” those new violins and picking one which was really beautiful and seemed to me to have a great sound. I asked him if he thought I’d chosen a good one, and he said absolutely, that it was an excellent instrument.  And I played it that year in all our performances of “The Messiah.”  I always cried (as I did last evening) with deep feelings, and I felt SO BAD that I got some tear drops on that violin! That brand new violin!  After our first performance, my parents came up to me and said “Merry Christmas.”  They had joined with Mr. Halversen in giving me an incredible gift: a brand new violin (which I still have).

Years later I was with a good friend, Lora Beth, in the Provo Tabernacle (which will soon be a Temple!) for a Messiah “sing-in.”  She has a wonderful voice and it was a great experience being next to her.  At some point she said “What are you doing??”  I told her “I’m playing my violin!  I’ve never sung the Messiah – I’ve only played.”  But last night as all of us in the stake center stood and sang “The Hallelujah Chorus” together, I can’t even describe how it felt….   It was such a thrilling experience… and I didn’t “play” in the critical “rest” in the “Hallelujah Chorus!” – that always used to be a big fear of mine.

I look forward to seeing Mr. Halversen again.  He probably has my Dad (who played the violin) in an orchestra on the Other Side, along with many others from Cedar City who have arrived since those days so many years ago.  (His grandson, Eric Huntsman, sings in the Tabernacle Choir now and is a professor in ancient scripture at BYU, and participates in “Time Out for Women”).  I visited his dear wife, Maud, whenever I went to Cedar City, sometimes with Charlotte and Mom. Maud would make us her famous rolls, and cherry pie, and we’d have such wonderful visits.  Later her family moved her to Orem to be closer to her.  I took my Mother to visit her, and it was wonderful to do a lot of remembering.  She and my Mother both lived well into their 90’s.

Last night, after we finished singing “The Hallelujah Chorus,” we sang “Silent Night” (probably my favorite Christmas hymn), and oh…. I wish all of you could have been there.  “Son of God, love’s pure light!”  When we got back I looked for and found (with help from “Google”) the Tabernacle Choir singing the final part of “The Messiah” (there wasn’t time for all of it in last night’s wonderful performance) and listened to “Worthy Is The Lamb,” and then it felt “complete” (even though I seldom hear a performance anymore which includes “Why Do the Nations” which used to be sung by Joe Hunter, who ran “Joe’s Diner” – in an old railroad car – on the south side of Cedar City).  It’s been wonderful to bring back sweet memories this morning.  It will be an especially beautiful Sabbath today – I hope it is for ALL of us! 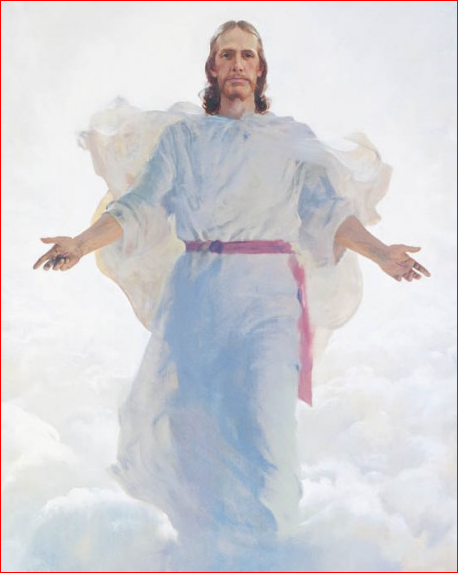 Roy Halversen was born on October 17, 1904 and passed away on Friday, March 16, 1979.  He was only 74.  Mom, Charlotte and I went to Cedar City for the funeral.  That was a tender experience.  He had been one of the most influential people in my life.  Dear Maude lived almost another 30 years; she was 98!

Maude Macfarlane Halversen passed away early September 21, 2008, in Orem, Utah.  She was born July 7, 1910, in Cedar City. She was the oldest daughter of Caleb William Macfarlane and Ida Caroline Corry.  She married the love of her life, Roy Lemon Halversen, on June 5, 1929, and the couple spent their first year together studying music in Berlin, Germany. They returned to Cedar City to start a family and build a life together, where Roy taught violin and music at the BAC (now Southern Utah University). They were sealed in the Logan Temple on May 20, 1932, and had three children: Shirley Renee (Donald) Milne, Marilyn (Dennis) Huntsman, and Roy Chad.  Her beloved Roy died March 16, 1970. Maude finished her B.A. when her son was in junior high school and went on to have a fulfilling career as a teacher, teaching first grade at Cedar North Elementary for 19 years. Known for her beautiful soprano voice and radiant smile, she was a well-known figure in Cedar City, where she served on the Music Arts Committee and was a member of the Daughters of the Utah Pioneers and many other civic clubs and organizations. An active member of the LDS Church, she served many years in the primary, always sang in the choir, and was a hard-working Relief Society president in the Cedar Second Ward.  Despite all these activities, home and family were central to her life. She has left a loving and faithful legacy not only to her three children and their spouses but to 8 grandchildren; 18 great grandchildren, and 6 great-great grandchildren.  A music scholarship in honor of Roy L. and Maude M. Halversen has been established at Southern Utah University.