This is a repeat from last year. But FEI convinced me that some of you DID NOT TRY HER RECIPE!! Therefore, she insisted it be posted again (sigh… or make that SNORT!) Fei likes to call it “Piggy Pudding.”  Whatever.  This is being published due to popular demand (and you might be asking “Who demanded this???”).  Fei has guarded this recipe a long time – she said it’s from an OLD “family recipe,” one which has made “HOGS” of many of us through the years.  HERE WE GO!

DIRECTIONS: Remove the chocolate from the chocolate-covered Figgies and mix all the ingredients together.  Boil to a lumpy consistency.  Now remove all of the diced figgies from the mixture.  Toss it all into a large vat (if you don’t have a large enough vat, just turn your bath tub over on its side and use that).  Swish it around.  Let it solidify (and it really WILL solidify!).  Serve to as many as can stand it.  (Caution: This might reverse any tooth-whitening procedure that anyone in your party has undergone)

Good luck . . . and MERRY CHRISTMAS! Love, MEE (And IF you happen to try to make this, you MUST let MEE know!!! And you MUST send PICTURES!!! HA HA HA HA HA)

P.S. If any of you don’t know who Fei is, read about her on the main page of the Blog.  She’s right up there with MEE.  “About Fei.”  MERRY, MERRY CHRISTMAS!!!

TODAY IS MY BIRTHDAY!  And no, that’s NOT an April Fool thing.  It’s the TRUTH! I was born on the Mainland (China) and never thought I’d become a citizen of the USA. But MEE discovered me (in Taipei, Taiwan) over 50 years ago, and we’ve had some great adventures since then. I hope you ALL enjoy my birthday (by either instigating or receiving some April Fool fun)… I love the clever ways by which people celebrate my birthday each year! 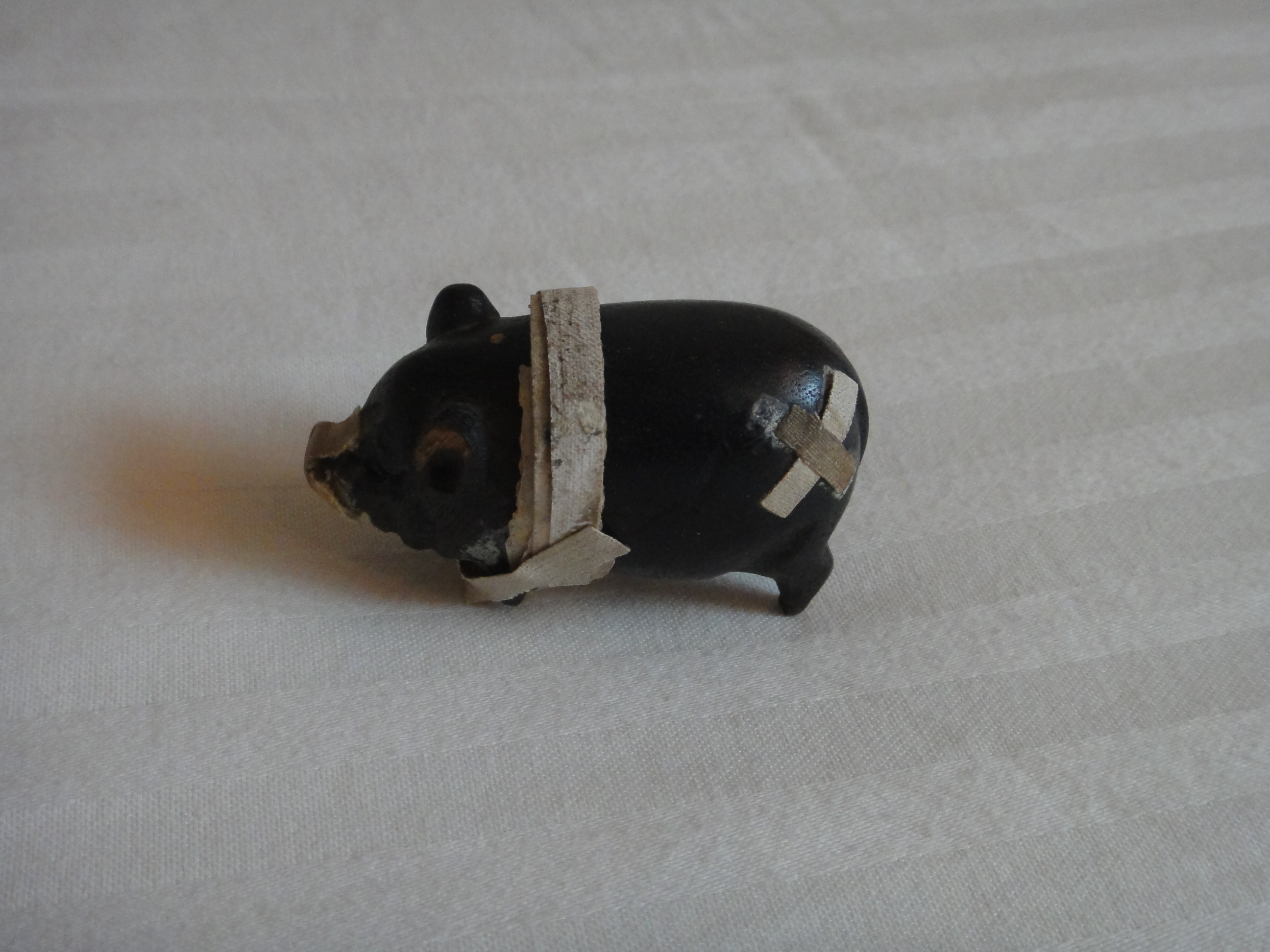 YES, YES… It’s been WAY too long since I’ve posted.  I’ve been trying to think of a way to blame MEE for that … but I have to be careful (I quite like living here and doing a lot of traveling).  I know there are 3 (maybe 4) of you who have wondered if AARP is still “in touch” with me.  Oh YES INDEED. Recently they’ve shared things about “Downsizing?.. Ditch these 12 items” (The big house, Debt, Clothes, Childhood memorabilia, etc.) “14 Foods that sabotage sleep” (I didn’t go any further… I knew chocolate would be on the list… with that, at least it’s a delicious sabotage!), “The truth about expired meds,” and “Drink Up: These 2 beverages could help you live longer….” That’s a sampling. I think they might eventually realize I’m just a little pig, and they’ll quit sending messages….

But here’s the REAL REASON I’m posting today: THE TRIP! And it’s one reason it’s been a long time. I always get quite seasick, so I’m out of commission for a while. And it took me much longer than I’d hoped to get my pictures downloaded. There aren’t that many, but oh well….  It was a great trip (as MEE and others have said). She didn’t go down deep at the Great Barrier Reef, but I did. She was terrified on the gondola ride, but I wasn’t. One thing I have to confess is that not a lot of people on the trip noticed me. I’m very small. And I have bandages (from gamma globulin shots in the Far East … and I’m not referring to my body… I’m referring to a part of the world).  Anyway, the trip was really FUN FUN FUN!! And I’ve decided to add a few pictures of the fantastic things I saw and experienced!  (I’m so GLAD Tyna didn’t take a picture of ME on the Gondola, by the way!!). MEE’s going to hate me for putting this on again… but I couldn’t resist!! … It’s SO REAL!! 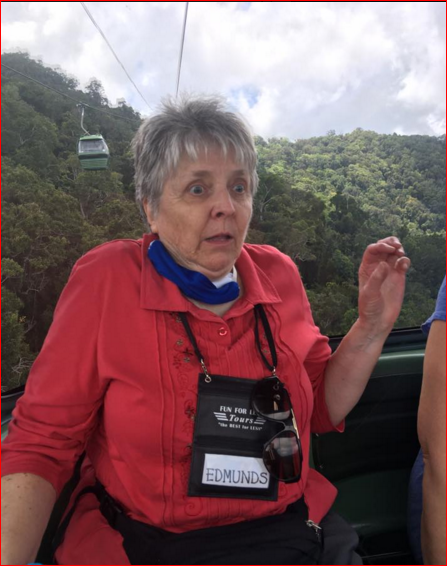 HERE I AM… So excited about our trip!  The “X” bandage is for when I had a Gamma Globulin shot on our first mission…it didn’t go well (the shot, not the mission). This picture was taken shortly before I began jumping on the bed that the guys had just made up….

HERE’S THE GREAT SYDNEY OPERA HOUSE… They wouldn’t even CONSIDER letting me do one of my arias from “The Merry Wood-ow.”

There are still PHONE BOOTHS in some parts of the world!

This is a hotel near the Fiji airport where I really wish I could have stayed at least one night… but the bus driver wouldn’t stop….

This made me glad they couldn’t find a scuba suit my size… I’d have been GOBBLED!

OK… The Wildlife Park … I don’t even want to TALK about how HARD it was for me to get out of there!! I kept asking them “Do I REALLY look like a KOALA???”

HERE I AM… reading the officer’s Daily Log (Couldn’t put it down!!)

Night time in beautiful Fiji … time for me to finish this blog!!

IT’S NOT OFTEN THAT A PIG (EVEN ONE WITH A NAME AND A “HISTORY”) GETS NOTICED. BUT TODAY ON THE FACEBOOK (I CALL IT THE “FEIBOOK”), JENNA JOHNSON SMITH, ONE OF MEE’s FAVORITES, ACTUALLY WISHED ME A “HAPPY PIG DAY!!” SO SHE’S GETTING ONE OF MY RARE “SNORT-OUTS” !!!  WAY TO GO, JENNA!!

In many places, it’s COLD this time of year.  So many are considering getting a wood burning stove to help heat their homes.  Fei thought it might be helpful to know the cost of such a venture. (Fei says “You’re welcome”)  (She’s been snorting at me to get this published for a couple of weeks… so here we go….)

(Oh!  And remember to watch for GREEN, YELLOW, ORANGE and RED days – AIR QUALITY – so you’ll know when you can use your stove and when you CAN’T!)  Love, Fei

Fei likes to call it “Piggy Pudding.”  Whatever.  This is being published due to popular demand (and you might be asking “Who demanded this???”).  Fei has guarded this recipe a long time – she said it’s from an OLD “family recipe,” one which has made “HOGS” of many of us through the years.  HERE WE GO!

DIRECTIONS: Remove the chocolate from the chocolate-covered Figgies and mix all the ingredients together.  Boil to a lumpy consistency.  Now remove all of the diced figgies from the mixture.  Toss it all into a large vat (if you don’t have a large enough vat, just turn your bath tub over on its side and use that).  Swish it around.  Let it solidify (and it really WILL solidify!).  Serve to as many as can stand it.  (Caution: This might reverse any tooth-whitening procedure that anyone in your party has undergone)

P.S. If any of you don’t know who Fei is, read about her on the main page of the Blog.  She’s right up there with MEE.  “About Fei.”

We’re WAY past 01 December, but I know you can “catch up” if you really want to (SNORT!)  I’ve long been a fan of Martha Stewart, and someone shared these amazing ideas with me at a holiday Pig-Fest several (many) years ago.  MEE won’t let me try a single one, so I just have to hope that someone who reads this will give at least one or two a try!  Love, FEI

December 1 – Blanch carcass from Thanksgiving turkey.  Spray paint gold, turn upside down and use as a sleigh to hold Christmas Cards.

December 10 – Align carpets to adjust for curvature of Earth.

December 15 – Replace air in mini‑van tires with Glade “holiday scents” in case tires are shot out at mall.

December 17 – Child‑proof the Christmas tree with garland of razor wire.

December 19 – Adjust legs of chairs so each Christmas dinner guest will be same height when sitting at his or her assigned seat.

December 20 – Dip sheep and cows in egg whites and roll in confectioner’s sugar to add a festive sparkle to the pasture.

December 24 – Do my annual good deed.  Go to several stores.  Be seen engaged in last minute Christmas shopping, thus making many people feel less inadequate than they really are.

December 27 – Build snowman in exact likeness of one of the Wise Men.

December 31 – New Year’s Eve!  Give staff their resolutions. Call a friend in each time zone of the world as the clock strikes midnight in that country.

This is hysterical. Even for me, FEI, trying to do it with my hoof!  You have to try this.  And maybe you already have — but you know you want to try it again, right?  It is absolutely true. I guess there are some things that the brain cannot handle.  This will only take seconds (unless you’re OCD like MEE and keep trying and trying).  This is something an orthopedic surgeon came up with (and he’s not getting any income from the test, nor am I!  I have all the fun and gifts I need thanks to AARP).

OK…  This might “boggle your mind” (but don’t ask me what a boggled mind is like), but just see if you can outsmart your foot.  I don’t think you can – there’s something pre-programmed in your brain.

STEP ONE (so to speak… we are talking about feet).  Without anyone watching you (this is important – trust me – if anyone is watching, they’ll think you’ve “gone over the edge”) and while sitting on a chair (or bench or wall or sturdy balloon), lift your right hoof FOOT off the floor and make clockwise circles. [This is an interesting word: “clockwise;” IS a clock wise? Is an atomic clock wiser than one running on batteries??]

STEP TWO (not “two-step,” OK? … we’re not dancing here!… we’re doing a first-class scientific experiment!).  While rotating your right foot clockwise, draw the number “6” in the air with your right hand.  Your foot will at least TRY to change directions!  And there’s nothing you can do about it!

OK, friends – this is kind of stupid, but I hope it’s given you something to distract you from whatever else you were going to do this morning.  Snort!  (You know – you really KNOW – that before the day is over you’re going to try this again… and you’ve probably already done so.  Don’t forget that I’m an unusually smart pig!) 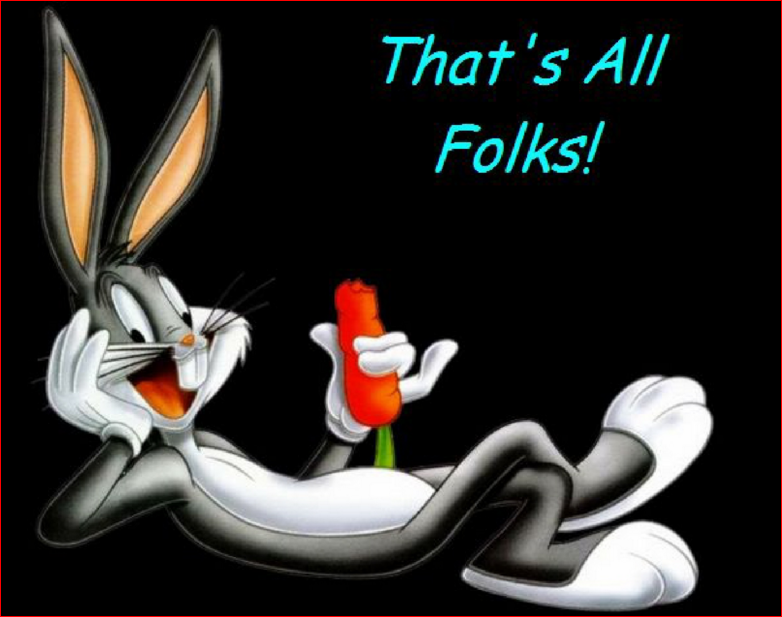 BUT THEY ARE PRETTY MEMORABLE . . . .  GREAT PICTURES!